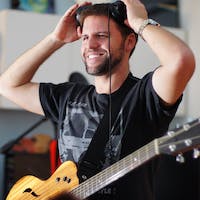 This post was co-authored with fellow General Assembly Software Engineering Immersive member JC Coles, following some custom suggestions from our instructor Adonis . Also, check out the entire "Getting Started with Django" Series

If you've written full stack applications in JavaScript using Node, Express, perhaps Mongoose for accessing a database, maybe some packages like Passport to help manage user authentication and authorization, etc, you quickly find yourself repeating the same setup patterns over and over. The only differences come in when you accidentally misconfigure a setting or a route and spend hours debugging. Django aims to, if not replace all of those steps, at least condense those disparate processes into one.

The following step-by-step guide will assist a beginning Python developer in launching a Django project on their local development server (and then deploying it to Heroku in the next blog post).

If you’re starting a brand new project, skip this section. Otherwise if you are downloading someone else’s project, run the following commands instead to properly configure it on your machine. This is the equivalent of running npm i when freshly cloning someone else's repo. When finished, continue at step "Creating a Home Page" below

Python can and should be run in a virtual environment; this relates to the fact that your actual operating system utilizes Python code and by safely keeping your projects in a protected environment, you minimize the risk of accidentally misconfiguring your entire system. In short, you'll be simulating a mini-computer inside your computer, and running your Django project from there. You can quickly tell when your terminal is inside of the virtual environment by looking for the (.env) at the beginning of your terminal prompt:

example-db is the example I'll be using; you can use whatever you want throughout this post, just be consistent!

If you have weird errors while testing things and somehow perhaps have corrupt data in your database, you can easily remove and re-add the database with the following commands in your terminal:

Install Django and dependencies. Psycopg2 helps Python interact with your postgres DB (similar to how Mongoose allowed Node to easily interact with MongoDB)

Record those settings: requirements.text is the Django equivalent of your Node app's package.json, informing everyone what settings and packages must be configured to function.

Make a file to secretly store your local environmental variables (a.k.a. config vars)

Specify the files and folders to ignore

For a comprehensive .gitignore file like you might get from a create-react-app, you can visit gitignore.io and select Django. This will generate a complete file for you: click to view Django .gitignore

Your .env file should end up looking like this:

Now, we want to make our app read these sensitive or configuration dependent variables, whether it is in production (e.g. deployed to Heroku) or development (working locally on your own computer). To read variables from the .env file you created and filled in the last step:

Back in your terminal (which should still have the environment activated), create a second app within this project called main_app

If you're having issues, make sure:

Start up the development server on your local machine

Stage the db migrations (kind of like git adding and committing, but for changes to the database schema as the app evolves over time

Restart your server (you can do this regularly while debugging)

Routes are defined in the urls.py file(s); you could add all of your routes to example_project/urls.py, but it is best practice for each Django app to define its own and include a link to the new URLs file in the project's URLconf:

Using an empty string "" as the first parameter in path() is telling Django to route the base URL with no added paths to the home view (e.g. your-project.com/ Later we will add more routes, for example using "about/" as the first argument in the new route, and linking that to an about page, which the user will access by going to your-project.com/about

Now, include this new file in the existing project’s urls.py

Now that the home route knows where to direct the client, you need to make a home view as a connector between the current route and the correct template to render. Open up your views.py and add the following method:

Tip: to save a step, in VSCode you could right click on main_app in the navigation bar, and select "New File", and then add the line templates/home.html. This will create the templates folder and also the html file in one command

Back in your browser, visit localhost:8000 and refresh to view your sweet new home page. If it doesn't work, remember to restart your Django server:

You should now have a functioning (very simple) Django app within your project, viewable on your local machine. To continue building, follow the next steps: 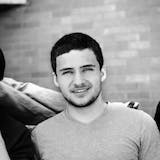 thanks for the clearly written guide! helped me get up and running without having to flex my google-fu 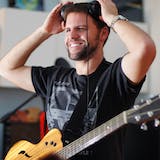